Fantasy Sport is rapidly becoming one of the most played ones in India. While there were only a handful of fantasy platforms initially, the enthusiasm amongst the sports fanatics has undoubtedly opened up a whole new market. Cricket is a religion in India. Fans worship the likes of Sachin Tendulkar and MS Dhoni, who have provided countless memories to cherish.

Cricket’s popularity in the country is one of the primary reasons as to why fantasy cricket is scaling new heights. In the last few years, different sports contests such as that of Football, Basketball and Kabaddi have also come into prominence. It is safe to say that there is no dearth in terms of opportunity in the fantasy sports world in the country.

Fantasy Cricket is a different ball game altogether. With the zeal and enthusiasm of cricket fans to get involved in the match, fantasy cricket and the bonus of winning money goes a long way.

Several fantasy players have gone to write rags to riches kinds of stories of their own while some continue on their quest to achieve success. There are a few questions that many fantasy users might have thought off such as how to win in Fantasy Cricket or even how to select team in fantasy cricket.

As already mentioned, there are several fantasy cricket platforms to win real cash. While Dream11 stands out as the leader in the market, there are viable platforms such as Faboom, MyCircle11 and Game of Guru as well.

For any newbie, several questions arise on how to play fantasy cricket. The process is simple, with one needing to register with a valid email ID. With several bonus codes available, one can even start with an initial investment.

However, it might limit your success in one way or the other. With the fantasy platforms having an accessible deposit system, one can invest in their teams through online wallets or even by card. However, Withdrawal would require verification of government documents.

In case of any discrepancy, fantasy cricket customer care number and email ID is available on the app itself. With all of this taken care of, the real test of skill in terms of fantasy cricket begins.

You can start with any match you wish to create a team in. It could be a T20 or a Test match. However, one will have to keep in mind the pitch conditions and the records of the players playing in that match.

While one can find player-related data on websites such as Cricbuzz, SuperFantasyLobby and HowStat, whether a player plays or not is something that is to be taken care of. Although most fantasy websites do provide the option of changing personnel after the toss, some are yet to revert to this again.

As to one’s question of how to know which player plays in today match, they can refer the same websites which provide latest updates consistently.

Weather and pitch conditions have a significant effect on a match. It won’t make any sense if you pick four fast bowlers on a rank turner or three middle-order batsmen on a good batting track where openers generally dominate.

Although such factors are hard to keep a tab on, reputed websites and weather forecasts are the ideal ways to obtain such information. Depending on the previous games and also on the toss, one can pick more players from the team that is more likely to win as well.

Although there isn’t a fixed template on how to play fantasy cricket and earn money, the basic of picking a team will always remain the same, no matter what happens.

Team Combination is one of most critical aspects of picking a fantasy team with a lot at stake in contests. On a competitive wicket, a balanced side will suffice with more players from team one expects to win.

All-rounders can ideally win you much money provided they perform in either aspect. On a bowling track, all-rounders are key with their ability to earn points with both bat & ball.

The ideal combination would be one wicket-keeper, four batsmen, two all-rounders & four bowlers. This is subject to change, depending on several external factors such as the toss & ability of the players also.

A false ideology that prevails among the fantasy players is that of reputed players. People generally pick more familiar names such as Chris Gayle and Rohit Sharma instead of backing in-form players such as a young Devdutt Padikkal or Suryakumar Yadav at times. 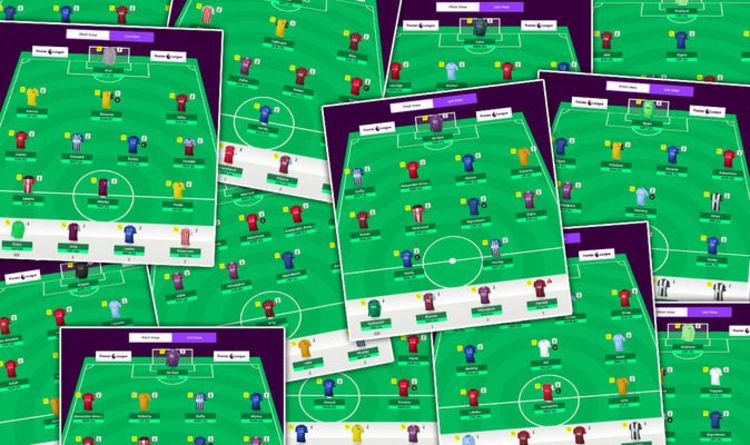 The answer to the question on how to win money in fantasy cricket is to view every player as an equal. Weigh the pros and cons of picking a particular player with only 100 credits available to pick eleven players.

Similarly, selection of bowlers also needs to be spot on. One need not look into economy rate and averages with such numbers not making much of a difference in a fantasy contest.

Even if a player gives 50 runs in four overs, all that matters is whether he or she has picked a wicket or not. In short, backing reputation over talent and showing favouritism might not be the ideal way to win money in fantasy cricket.

Despite selecting a reliable team, sometimes a fantasy player can end up on the losing side. This can be due to various reasons. However, a more common cause would be the choice of contest.

But in some cases, one can bank on their opponents to pick a slightly weaker fantasy team as well. Provided you can afford the risk; multiple-member contests would be an ideal choice as well. Depending on the requirement and confidence of your fantasy picks, the contest should be carefully selected.

Picking more than one team is a viable ploy as well. However, it isn’t recommended when you are initially starting in the fantasy cricket world.

While there might still be a few finer questions on how to play fantasy cricket and win money, the basic idea is to be a step ahead of your competition. This could be in terms of the fantasy picks, contest or even the platform.

Game of Guru provides fantasy players with an ideal opportunity to kick start their fantasy cricket career. With an easily accessible user interface and exciting prizes on offer, Game of Guru can be your answer to how to win money in fantasy cricket.

With the options of creating custom contests to the player stats in the previous games, Game of Guru has it all. All you need to do is quit pondering on how to play fantasy cricket and begin your path to success today.

The Rivalry between Mumbai Indians and Chennai Super Kings